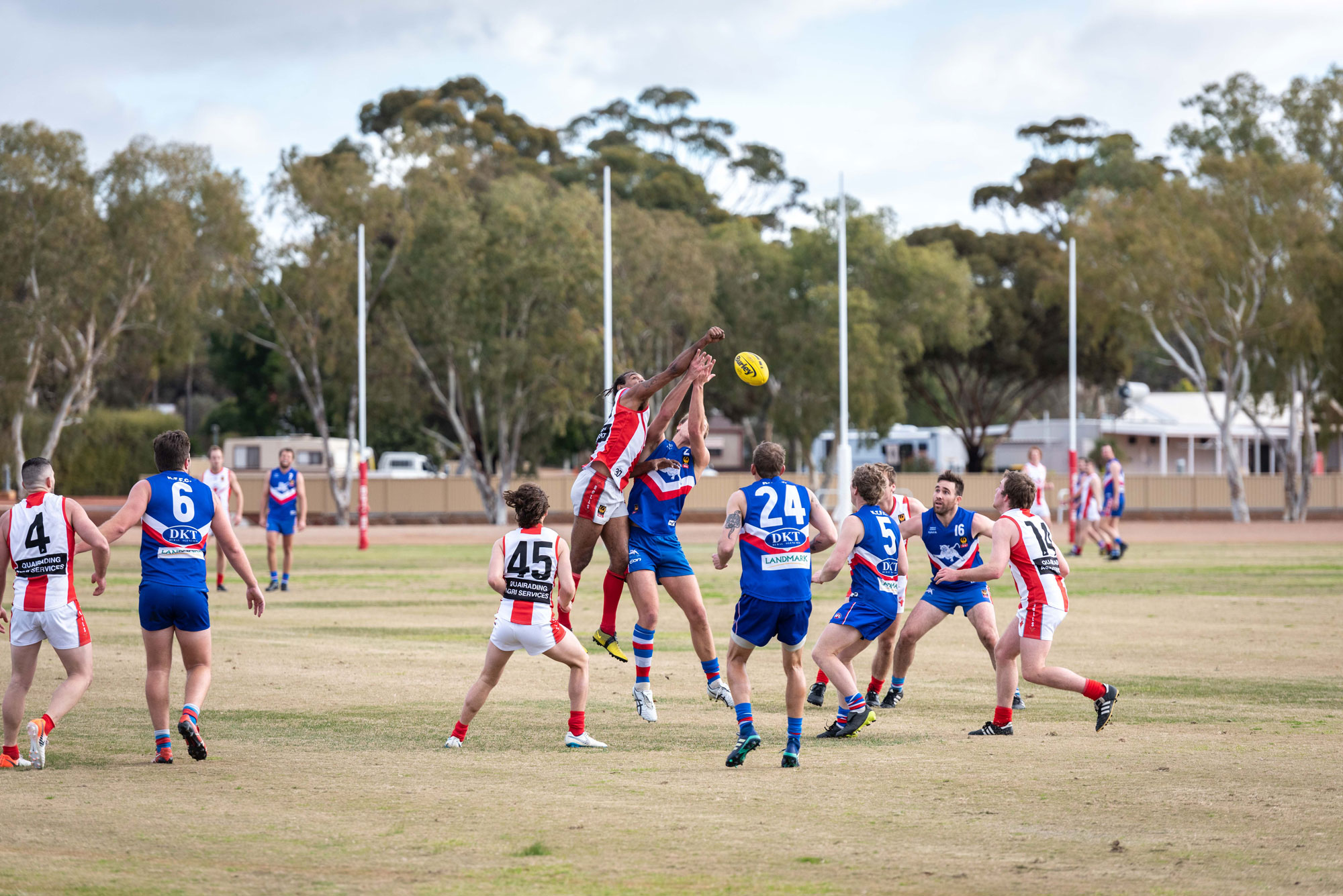 It’s three quarter time at the Mutton Cup and Quairading Bulls coach Paul Dilena isn’t happy.
His side conceded the last four goals of the term, and are now 21 points down on their home deck against bitter rivals Kellerberrin/ Tammin.

“Hold and control the footy,” coach Dilena pleads to his players. He’s trying to hold his composure but the passion pushes forward.

“That’s how we win. We deny them the ball,” he yells.
Country footy is tough and this game is no different. These two clubs have a history. For the last five years, it’s been the Keller/Tammin Kats that have beaten up on the Bulls. And former Quairading player, president, administrator and life member Richard Walker knows it.

“I’ve been at this club since 1973. The last four years we’ve been in the wilderness. It’s been hard to take. We’re a very proud club but it’s been a rude awakening. It’s been hard but things are back. It’s turned and we’re back,” says Walker. 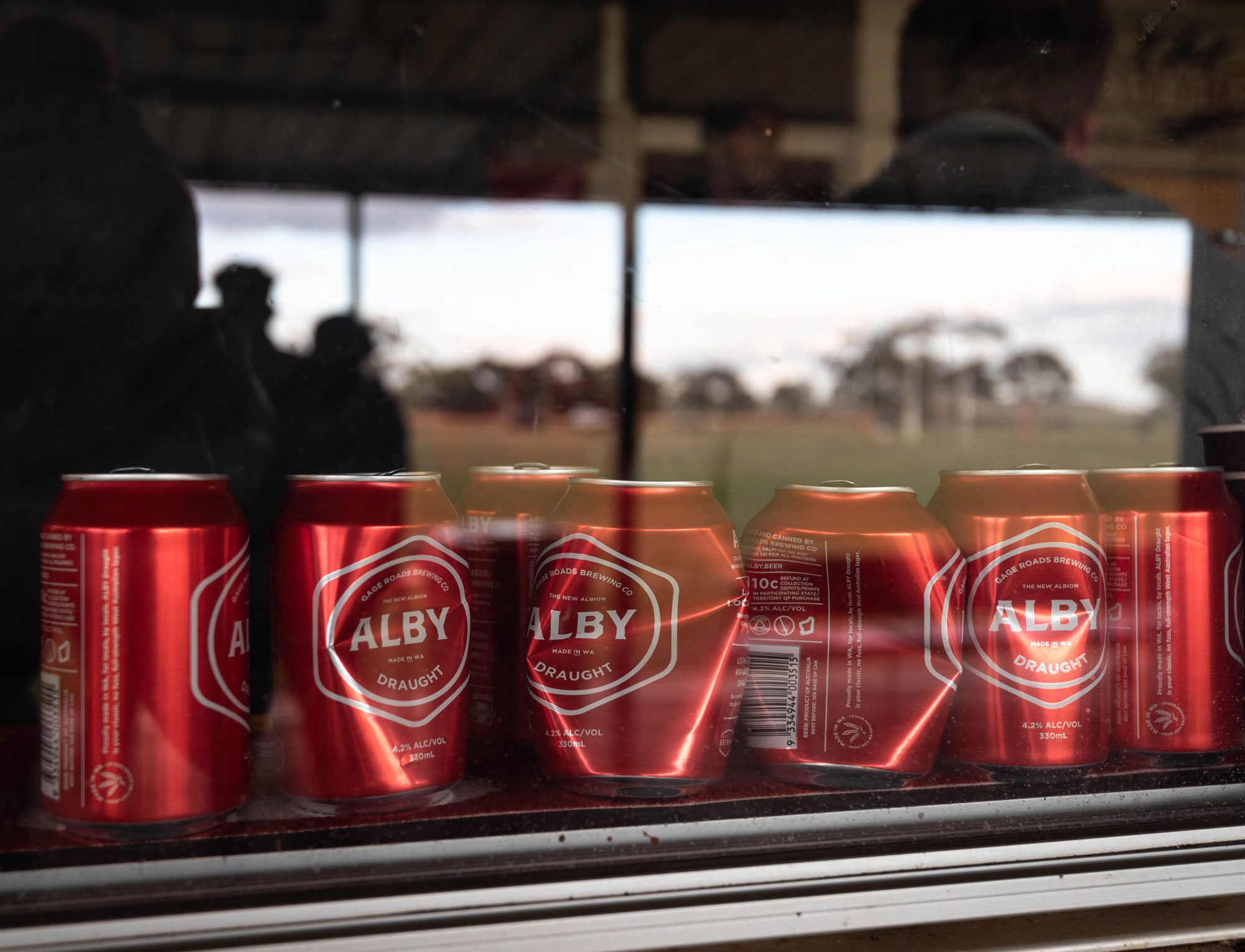 Back to the footy and the rev up from Coach Dilly (as the boys call him) seems to have worked. The Bulls have kicked three goals on the trot and are steaming home for an unlikely win. With minutes to go, and just five points down, the Bulls take a contested mark inside defensive 50. A risky kick into the middle of the ground comes off and hits the target. Suddenly the ground opens up and the Kats look tired.

Quairading players spread, energised by the opportunity to pull off a miracle victory. A long bomb is kicked high and into space inside attacking 50. It’s collected on the bounce by a Bulls forward, who dashes into the open forward line with pace. However a Kats defender has made up ground. Moments before impact, the Bulls forward lets fly and takes a shot. The few hundred fans, cheering hard all afternoon, hold their breath. For the first time today there’s silence. But it doesn’t last long. A collective groan of disappointment tells the story. It’s a behind. The Kats hold the lead. And that was to be the last real chance of the day. Quairading end up going down by seven points. Coach Dilly is clearly frustrated, but he’s quick to flash a trademark smile and look to the bigger picture. 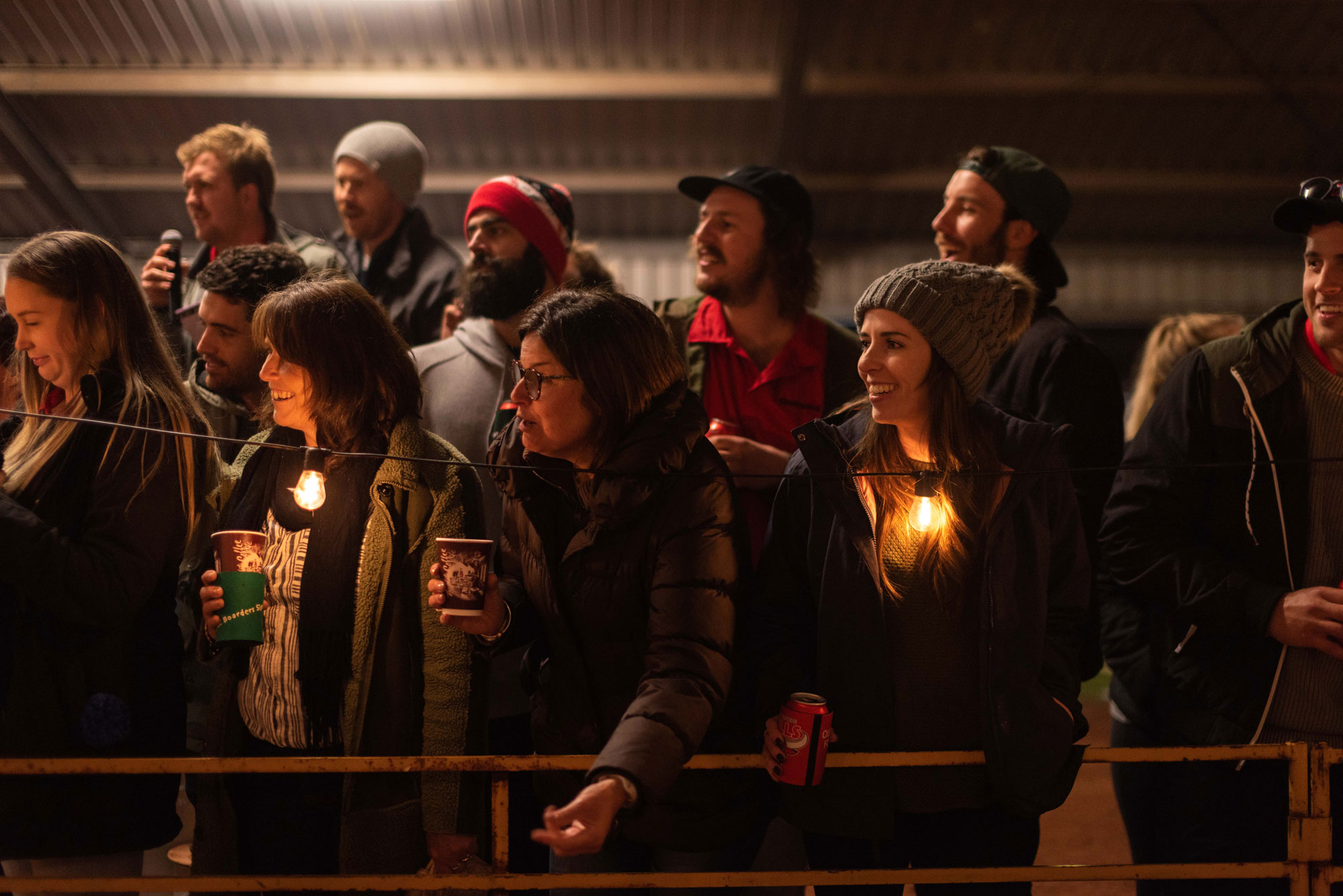 “I’m disappointed, but one thing you can’t question with this group is the effort and the unwavering desire to win. We just lacked polish today.

“Out here we’re playing for sheep stations, the guys are trying to do the job for their town. The players aren’t just playing for a jumper, they’re coming together for an entire town.”

And coach Dilly is right. The Mutton Cup is more than footy. It’s about community and a pride of place.
“A lot of the boys in the side are on the farm in Quairading, or grew up here before moving to the city to play WAFL or try their luck at AFL. But many of those who leave come back. The boys that work in Perth during the week still come back to play for the Bulls because it’s their local team and it means so much to them,” says coach Dilly.

While the footy result stings for a while, the players quickly start embracing tonight’s festivities. A few hundred metres from the oval, a tin-roofed gazebo is transformed into an open-air bar. The weather has been kind, but with the sun set it’s starting to feel fresh. Old gallon drums are turned into fire pits. Pairs of hands are lined up, palms outstretched and just centimetres from the flames. Eskies are full with ALBY Draught and ALBY Crisp. A local band on stage is sound checking and getting ready to kick off. And a mix of players, farmers and families (not just from Quairading but all over the district) are having a good time.

“One thing I’ve always loved about this town is it’s not just about the football, it’s about the community. It’s a place for people to come together, there’s a football game on but you’ve got wives, girlfriends and families getting together for lunch or dinner. There’s people around the barbecue cooking, everyone is helping out. There’s a range of different backgrounds and age groups, it’s a real community vibe out here for sure.

“The Mutton Cup will become the biggest event in country football. We’ve got five or six different football clubs getting together tonight for this. There is white line fever on the field, but afterward we can get together, share a few ALBYs and have a good time. 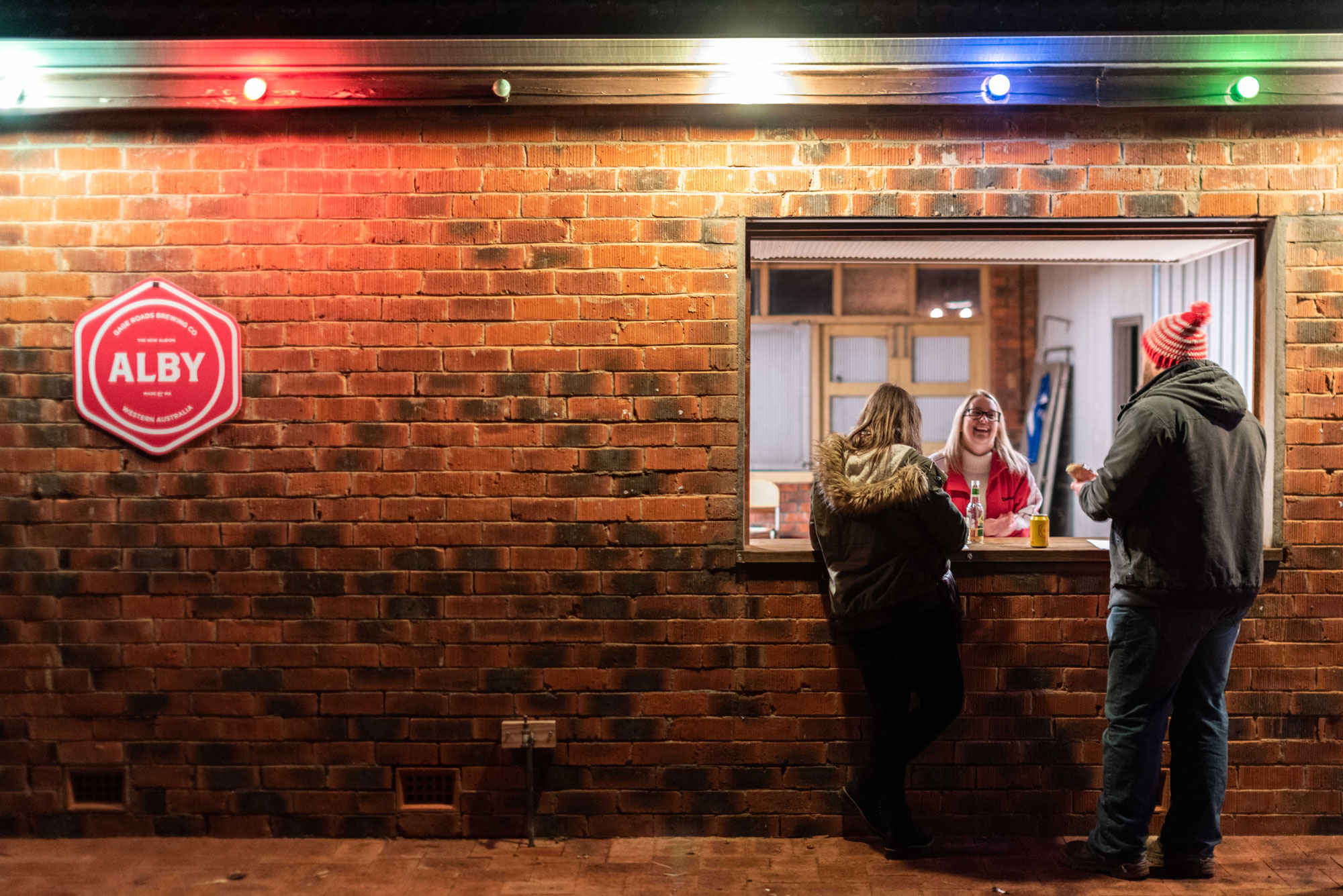 “Having ALBY on board gives people a lift. It’s a proud feeling knowing that ALBY cares so much about a small, local community like Quairading,” says coach Dilly.

The party goes into the early hours, with tents and swags scattered across clubrooms, change rooms and around the ground. Despite the loss on field, there’s no doubt the fourth annual Mutton Cup has been a winner for the locals. And if you’re still wondering why it’s called the “Mutton Cup” – you’ll have to come down next year to find out.